Kodak, for example, was the first company to come up with the digital camera back in 1975, but failed to pursue the technology, figuring that it would be a flop. It wasn’t until 20 years later in 1995 that Kodak released it’s first digital camera, the DC40. This, unfortunately, did not work out for them, and they were forced to file for Bankruptcy in January of 2012. Had they adopted and pursued this new technology sooner, could Kodak have stayed on their feet? Could they have become the leader in the digital camera industry? We will never know, because they did not take a chance on this new technology that they had discovered.

Where am I going with this and what does it have to do with cloud-based CRM solutions? I want more people to know about cloud-based services and how they can significantly improve every aspect of business. Companies should not miss out on this new technology. Not only does it cut business’s costs significantly based on infrastructure, but it also allows companies and individuals to access information whenever they want, wherever they want. 3CLogic has 100% uptime and allows companies to avoid outages and interruptions, which can prove to be extremely costly. In addition to this, the security measures that 3CLogic uses are incomparable to other companies in the industry. It uses SSL (Secure Sockets Layer), which requires strict authentication to access data. Also, 3CLogic’s software is fully scalable so that your company will not be a victim of its own success.

Even with all of these benefits, there are still companies that are hesitant to go the way of the cloud. It was recently discovered that 33% of C-level executives go against their corporate policies in order to use cloud services (Brandon 1). So why are companies so against using the cloud? Why are people still using expensive telephones and desktops to get in touch with customers? Because they are scared of the unknown. If your company is striving for efficiency, 3CLogic’s cloud solutions are the way to go. Be one of the leaders to adopt this new technology. Come out on top in whatever industry you are in, whether its E-commerce, or healthcare. I promise that you will not be disappointed, and the outcome will be well worth the switch.

Want to see how 3CLogic can take you to the cloud? 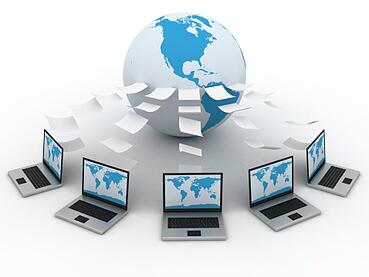 Rachel Brink is the Marketing Manager at 3CLogic with over four years of experience in sales and customer service. In her role, she routinely shares best practices regarding how to streamline business communications and enhance the customer experience through innovative technologies and processes.