6 Steps to Running your Most Successful Outbound Call Center Campaign

Technology has come a long way to enhance sales and marketing initiatives. From marketing automation tools, to customer relationship management (CRM) platforms, to predictive dialing solutions – the list goes on. And the results speak for themselves when you consider some agents have seen a 400% improvement in productivity and overall efficiency.

But what do those on the receiving end think of these enhanced outreach efforts? 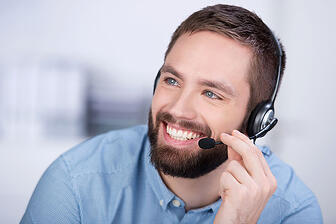 Focusing purely on telemarketing calls, a recent online survey came to discover that 98% of the 1.78 million respondents found the outreaches “angering”. And while perhaps alarming at first, if one factors in that the average American receives 2-3 soliciting calls per day, it may not come as such a surprise. But while updated TCPA regulations have helped alleviate consumer frustration to some degree, the fact remains that while technology may facilitate the access to individuals the blame for why the outreaches fail generally rests with with the caller – not the means.

So how can one improve the odds of a mutually successful call?

Time and Day Matter: As obvious as it may seem, plan the time and day of your outbound campaigns carefully. According to research, the best time of day to attempt prospect calls is between 8 and 9 a.m. – right before they leave for work – or later in the afternoon between 4 and 5 p.m. when people have yet to settle down for dinner. The worst time of day to attempt any outreach is lunchtime (let’s be honest, lunchtime is sacred and much like taking a dog bowl away mid-meal, tasteless timing). And for those into statistics, Thursday is the best day to call, with a 20% higher success rate while Friday’s are the worst (doubtful much explanation is needed as to why). Lastly, if your region happens to be prone to occasional severe weather, take advantage of it, as people are likely home, bored, and open to speaking to someone – perhaps anyone depending on the length the natural event.

Avoid “Dead Air”: One of the most frequently cited frustrations amongst consumers, though perhaps one that generally receives little attention, is call latency or the 2-3 second delay that can occur when calls are being connected. Generally a byproduct of the underlying technology and infrastructure initiating the outbound campaign on the part of the agent, “dead air” is a surefire way to get the conversation started off on the wrong foot.   In fact, in many cases customers will hang up or become immediately frustrated before any discussion has even begun. The solution? In most cases, contact center platforms run based on a centralized architecture, which acts as an intermediary between agent and consumer – kind of like a switchboard. Unfortunately, the added routing creates a delay between parties and hence the possibility for lag time. However, for those solutions using a distributed network to process and route calls, the ability to locally initiate them from an agent’s location directly to consumers can help alleviate the nuisance while reducing call abandonment. In short, know the underlying architecture of the solution powering your outbound campaign initiatives – it matters.

Keep it Personal: While consistency and uniformity should certainly be top priorities during any outbound calling effort, they should never come at the expense of your agents sounding robotic or impersonal.  The most successful calls will be those when the agent is most informed and genuine about who they are calling and why, which implies access to relevant information when each call is initiated. This may require some integration between data management systems (CRM, Ticketing, etc.) at the technological level, but in the end it is up to each agent to take advantage of the data made available to them to improve the odds. After all, the true metric of success is not how many calls where made but rather how many successful ones were.

Shadow and Share Key Findings: Wouldn’t it be nice if you could take your best agent and replicate him/her across your entire call center? Sorry that’s not yet possible in this day in age. However, there are ways to share their strategies, best practices, and insights with other fellow agents to help your entire contact center team prosper.  It’s called shadowing, or the ability to virtually listen to live discussions between leading agents and their customers without either party being aware.   You can also use ‘whisper’ tools, or features that allow supervisors to actively coach agents through a call without the consumer being notified. Each tool is designed to help coach and train a rep in real time, using real situations to help improve their own skills. 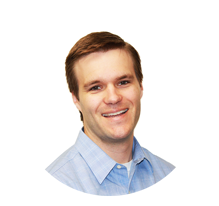 Guillaume Seynhaeve is the VP of Marketing and Business Development at 3CLogic with over 10 years of experience in sales and customer service. In his role, he routinely shares best practices regarding how to marry technology and business processes to enhance the overall customer experience.

See all
© Copyright 2021 by 3CLogic. All rights reserved.